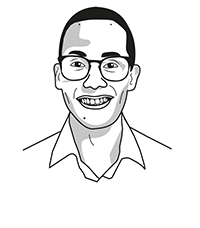 I am Daniele Rainone, alias danirai, I'm a graphic designer, born in Salerno (SA), Italy on December 7th 1992.
I approached to the world of art at the tender age of 5 thanks to my older brother, in particular to the aerosol art commonly known as graffiti.

In adolescence, in 2006, I immersed myself in the field of art practicing aerosol art on the street with my friends. It allows me from time to time to earn through small commissions for private customers such as drawing on shutters, canvases, banners and others media.

After completing scientific studies at the upper secondary school Alfano 1° in Salerno in 2010, I continue my artistic career at the Academy of Fine Arts in Naples by enrolling in the faculty of Graphic Design starting to work as a freelance graphic designer. I earned my bachelor's degree in October 2015.

In December 2020 I finish studies in a master's degree in editorial graphics, web design and e-commerce at Pc Academy in Rome and continue to work as a freelance graphic designer.